Launched with Kickstarter funding in 2012, Peloton Interactive Inc. is an exercise equipment and media company that has successfully disrupted the home fitness space in the U.S. In just seven years, the company grew exponentially, reaching a value of $4 billion by spring 2019.

Peloton’s success was driven by the vision of co-founder and CEO John Foley, who spotted an opportunity to bring a customized, boutique exercise experience into users’ homes. Instead of meeting schedules of studio-based spinning classes with rigid timetables, Peloton customers could purchase a stationary exercise bike and pay a monthly subscription to access sessions remotely via livestream or on-demand through a library containing thousands of pre-recorded classes at Peloton studios in New York and hosted by fitness instructors with minor-celebrity status.

Between 2012 and 2019, the company’s organic growth was fueled by a unique admixture of key factors: a highly flexible and rewarding fitness experience built around interactive technology, the star power of iconic instructors who were social media influencers, a sense of competition between users based on individuals’ personal progress, and a vibrant online community of engaged and motivated customer brand ambassadors. In 2017, Peloton expanded to treadmills and continued to expand its offerings, from yoga to weight training.

In late August of 2019, Peloton filed for an initial public offering, listing itself as a

technology, media, software, product, experience, fitness, design, retail, apparel, logistics company — but above all as a “social connection company that enables our community to support one another.”

In preparing for the IPO, however, it was not obvious how Peloton could resolve the complexity of this business model. Customers’ connection to the brand was through the instructors, and relationships hinged on the dispersed community Peloton created. There was no single voice for the company. How could a business built on a social community pivot to a position in the public marketplace?

Finding a corporate voice was not the only challenge facing Peloton, though.

The company’s first television advertising campaign was considered sexist, causing widespread customer backlash. Meanwhile, the company’s success in disrupting the market had opened the doors to other newcomers ready to compete in the at-home fitness space.

But perhaps the most acute difficulty that Peloton had to navigate was the market situation. Opening at $27 per share — below its IPO pricing of $29 per share — the offering raised $1.16 billion and initially valued the company at $8.1 billion. However, following its market debut, shares tumbled by 11 percent, bringing its market value down to $7.2 billion and making it the second worst debut for a unicorn startup of the year.

Peloton’s IPO woes might, at least in part, be attributed to poor timing. Foley listed the company in August 2019, with the IPO market cooling amid fears of a global economic recession. Its poor performance coincided with investors taking substantial losses on a high number of under-performing IPOs, which included ride-hailing behemoth Uber.

At the same time, the company’s communication voice remained unclear. Peloton’s core strength lay in its engaged digital community of loyal brand ambassadors. But the success of that community also lay in its dispersion: Different groups congregated on multiple digital platforms to chat about everything from “personal bests” to class playlists. How could it create a single corporate voice that aligned with its complex business model?

Foley and his team had successfully carved out a new and multifaceted offering that defied definition in terms of a single business model.  Rationalizing the company’s activities into a single concept that played to Peloton’s core strength in community building, CEO Foley described the company succinctly in a 2019 letter to investors: Peloton, he told them, sells happiness. Most importantly, it had also successfully integrated the idea of community into the design of the Peloton experience

With the connected fitness market predicted to grow to a multibillion opportunity in coming years, and Peloton looking at revenue in excess of $5 billion by 2024, the company’s stock prices began to rally. By early 2020, market analysts were designating Peloton a “recommended buy.”

In eschewing the conventional and opting for a broader business model, Peloton remained authentic to the complex and evolving community it had created.

The preceding is based on the case Best Self or Best Company? Peloton Searches for a Voice (Darden Business Publishing), by Meghan Murray. 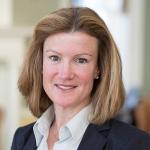 The president and founder of Stynson LLC, an Internet marketing and business strategy consulting firm, Murray teaches the “Digital Marketing” and “Management Communication” courses in Darden’s MBA program. Her expertise extends to interactive media, website design, social media and software product development. At Stynson, she consults clients in all phases of website and software development, marketing and interactive media distribution.

Prior to founding Stynson, Murray brokered multimillion-dollar online partnerships for Gap Inc. and managed proprietary software development for Fannie Mae. She earned her MBA from Saïd Business School at the University of Oxford, with concentrations in business strategy and marketing.

Seeking Trust and Meaning: Consumers and Brands During (and After) COVID-19 ">

Seeking Trust and Meaning: Consumers and Brands During (and After) COVID-19

Special Treatment vs. Special Traits: What We Want From Relationships ">

Special Treatment vs. Special Traits: What We Want From Relationships