In June of 2019, Jony Ive announced he was leaving Apple after nearly three decades leading the company’s design and aesthetic vision. The genius behind the iMac, iPod, iPhone and, most recently, the Apple Watch is setting up his own design agency, LoveFrom, counting Apple as its first client in 2020.

Ive’s resignation highlights the types of critical issues that arise when an organization’s strategy and its success are intrinsically tied to its critical talent — or strategic human capital. When you’re riding on one or two key players, it’s essential to understand the risks as well as the opportunities that talent represents.

Known colloquially as Steve Jobs’ right-hand man, Ive was a critical factor in Apple’s historic success. Pursuing a shared vision of technology products as experiences rather than devices and fully leveraging their complementary styles and strengths, Jobs and Ive positioned design at the strategic epicenter of Apple’s business in 1996 — a change of direction that took Apple from the brink of bankruptcy and sparked successive waves of innovation leading to a great run of iconic products.

Under Jobs and Ive, design reigned supreme. It enjoyed a degree of influence virtually unimaginable in any other company. In the words of Robert Brunner, Apple’s industrial design director from 1989 to 1996, design’s place in the company’s value chain of events became “a long horizontal stripe, where design is part of every conversation.” And it was embodied by the collaboration between Jobs and Ive.

In 2011, Steve Jobs died of pancreatic cancer. Incoming CEO Tim Cook faced the challenge of developing and launching new products without Jobs’ pioneering vision or the dynamism of the latter’s creative relationship with Jony Ive. To sustain momentum, Ive was offered a succession of broadened roles, including title of chief design officer. However, the “magical formula” that had characterized the Jobs-Ive collaboration had been lost. After a succession of disappointing product launches that saw Apple Watch make just 25 percent of forecast sales, Ive announced his departure, citing exhaustion and too much managerial responsibility.

Apple’s meteoric rise was largely authored by two exceptional and pivotal talents in Steve Jobs and Jony Ive and fueled by the design team they had placed at the heart of the business. In the Apple story, a small number of individuals had an asymmetric or disproportionate role in driving innovation, growth and profitability.

Any company riding on this kind of idiosyncratic human capital faces a real challenge — not only in supporting, nurturing and growing that talent, but in figuring out what to do if or when that talent disengages or decides to leave.

For Apple, success had historically been synonymous with innovation in aesthetics and design. Remove a figure so critical to that as Ive and not only did the company now have a hole in its talent pool, it had a hole in its core strategic capability, too.

The situation facing Apple mid-2019 raised a number of crucial questions. Would — or indeed could — the company duplicate talent as rare as Jony Ive’s? Would his design team remain loyal or would they too jump ship? And without any significant design hits in recent years to bolster confidence, had Apple reached the top of an S-curve — was the company now at an inflection point where future growth hinged on finding new direction, new innovation and new ways to remain relevant?

CEO Tim Cook is a supply chain and operations expert, not a design guru.

In the fallout of Jony Ive’s departure, Cook has instigated a number of structural changes that point to a significant shift in strategy for Apple going forward. Two design leads have been announced: Alan Dye will continue as vice president of user interface design, and Evans Hankey will take over the hardware design group as vice president of industrial design.

Lacking a passionate champion of design in the C-suite, Apple is now structured such that Dye and Hankey will report to Jeff Williams, Apple’s chief operating officer, and not to the CEO as Ive had done. While Williams is seen as a talented executive, the change in reporting structure is effectively a demotion for the design team.

Signs are that the shift in reporting structure points to Apple becoming more operations and supply chain oriented. The recalibration of the company’s senior executive strata suggests a paradigm shift from the product-driven story of the Ive era to a new narrative: that of Apple as a service provider.

Going into 2020, Apple’s future direction remains unconfirmed, but its outlook for now continues to look very good. Valued at more than $1 trillion and with share prices at a record high, there is no indication that the tech giant faces immediate threat to its success. Much will hinge on CEO Cook articulating Apple’s new value proposition and in consolidating the right core capabilities — the optimal talent — to drive it forward.

When Jony Ive resigned from Apple, he left the company with questions about its core capabilities. Apple now faces the challenge of defining a new strategy that creates differentiated value for its customers based on its (new) core capabilities.

While the company’s results are still good, the question is: Did Cook allow Ive’s departure from Apple to play out too long without giving it due attention? And if Apple is at the top of an S-curve, will there be a second act, or might the company follow the same trajectory as Microsoft in 2000: a protracted period of steady profitability but flat growth?

While it’s still too early to say what the outcome for Apple will be, there are nonetheless some key takeaways from the Ive case for business leaders.

The preceding is based on the case Apple’s Design Guru: Jony Ive (Darden Business Publishing) by Darden Professor Scott A. Snell. 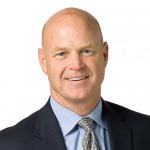 His research focuses on the mechanisms by which organizations generate, transfer and integrate new knowledge for competitive advantage. He is co-author of four books: Managing People and Knowledge in Professional Service Firms; Management: Leading and Collaborating in a Competitive World; M: Management; and Managing Human Resources.

Snell has worked with companies including AstraZeneca, Deutsche Telekom, Shell and United Technologies to help employees maximize their talents in order to drive firm performance. He recently co-authored “Intellectual Capital Configurations and Organizational Capability: An Empirical Examination of Human Resource Subunits in the Multinational Enterprise,” published in the Journal of International Business Studies.

A Bite Out of Apple: What Happens If You Lose Strategic Talent?

In the Era of the Global Workplace and Dispersed Teams, How Can Managers Promote a Cohesive Culture? ">

In the Era of the Global Workplace and Dispersed Teams, How Can Managers Promote a Cohesive Culture?

3 Keys to Navigating Digital Disruption: The Case of a Luxury Retailer ">

3 Keys to Navigating Digital Disruption: The Case of a Luxury Retailer

First: Do No Harm. Second: Strategize for Stakeholders After You Do. ">

First: Do No Harm. Second: Strategize for Stakeholders After You Do.